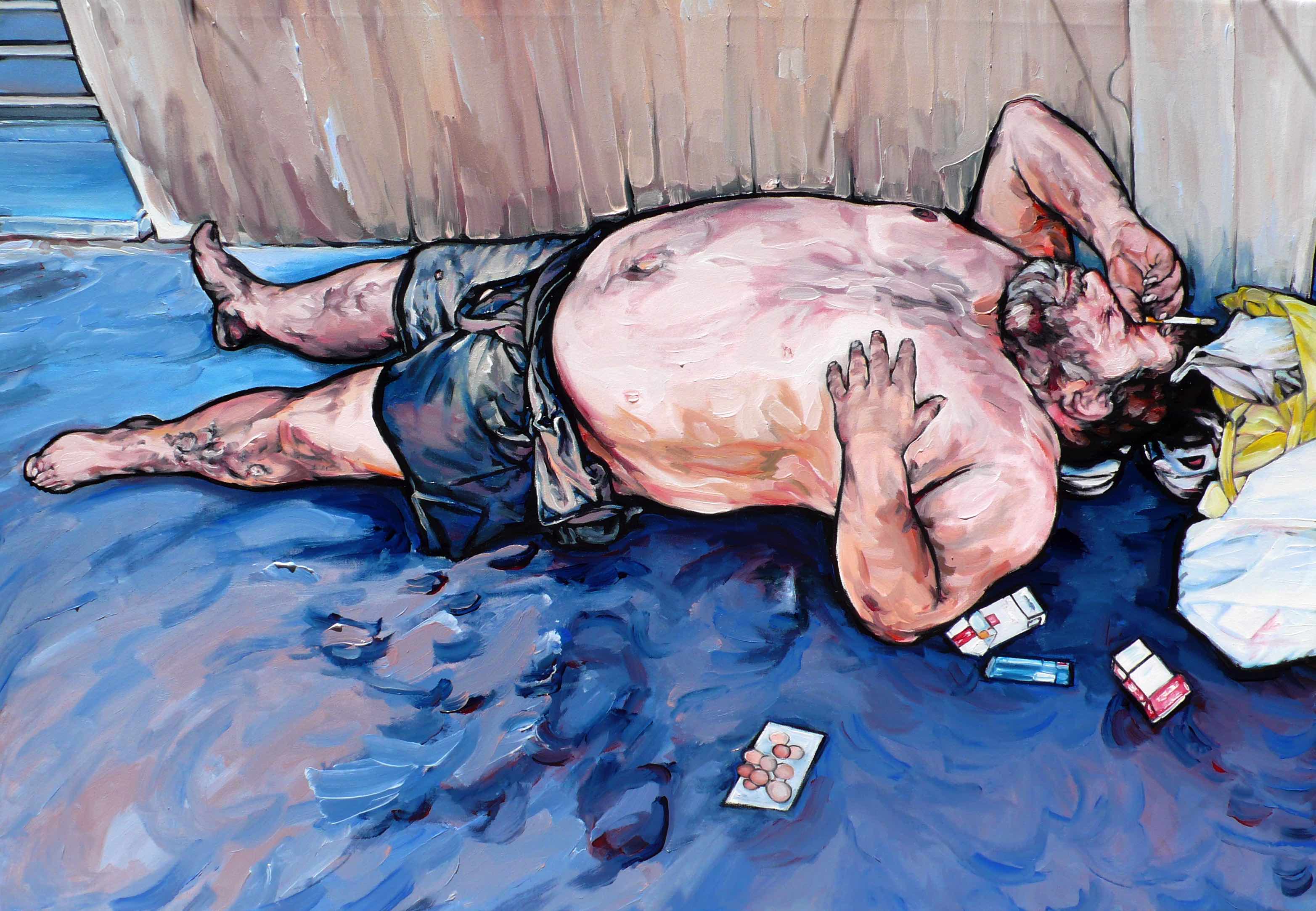 The good, the true, the beautiful,

Let us borrow together the paths of the history of our painting.
The slow evolution begins, and then abruptly get carried away during the last two centuries.
At first, the expression is figurative, painters depict with staggered fidelity and imagination, characters, landscapes and real things. Art is the imprint of spirituality and faith.
During the 20th century everything changed.
Painters set themselves the task of representing "Superior" emotions; And we are convinced that they can be found at the level of the intellect. No longer embodied in known and immediately comprehensible forms, but in ideas thrown on canvas!

The brain instead of the heart, analytical intelligence instead of organic intelligence... Henceforth, the concept of the intellectual artist is imperative and the subject disappears from the picture: the era of abstract painting opens.

Here is a brief summary of the journey from the figurative to the abstract, with, of course, unavoidable stages such as Impressionism where figuration becomes blurred, followed by Cubism where "analyzed", "geometrized" and decomposed by the artist, subject becomes unrecognizable.
Successes in these areas are undeniable, since the figurative stays essential. Whatever the case, the orientation of this painting leads to a dead end, of which everyone can today be the disappointed witness.
In the same way that the human eye perceives nothing below infrared or beyond the ultraviolet, there is nothing in the art of painting to feel beyond the figurative, where reigns this other Art, that is the photography, and beyond the abstract, since when the subject, color and form are made to disappear, it is necessarily painting itself that has disappeared.
Moreover, with the idea of "Modernity", a concept easily exploited by the market, in its most intolerant sense, one often strives to compete, unfairly confusing them, pictorial art with the achievements of performing artists and other installations which are in fact the most radical expression of the art of sculpture or that of cinema. The performances and installations being filmed or not.

It must be said with serenity but with force: there is no progress in art, there is only singularity!

I have a certainty: we can have faith in the resilience of painting. Essentially for the reason that, beyond the pictorial failures of the "Modernists", it has at all times proved its relevance to construct a common emotional language among men, yet so different from each other.

The mistake consists in wanting to paint ideas, an exercise in which emotion is weak, and not in incarnated feelings in immediately identifiable forms. We owe this confusion, this impoverishment to the occurrence of photography which has disconcerted painters but, above all, to the illusory concept of progress which never ceases to subjugate materialistic minds.

Art, subtended by the Beautiful, the Good and the True of the World revealed by the senses, must become accessible to human beings in their diversity. And for that, that the contemplation of a painting is more an emotional rendez-vous than the pretext for a discussion of scholars. Let us stop being pretentious and become proud again!

Art is the emotion that opens the "Doors" of the Universe...

The success of a painting can not be summed up in a formula Pierre-Auguste RENOIR rightly said. But there is one simple truth: there is no need of explanation or any particular lesson to feel the beauty of the sunset, only need to possess sensitivity... like so this applies for Painting. Provided there is an intense emotion, a spiritual experience, is for Human being, conviction or only hope, that Life, tragic as it is, is nevertheless worth the trouble of being lived!

One day, did not the poet find deep down in his despair, in the contemplation of a woman’s smile, of a sky on a plain, of children playing together, painted on a canvas, reasons not to die...